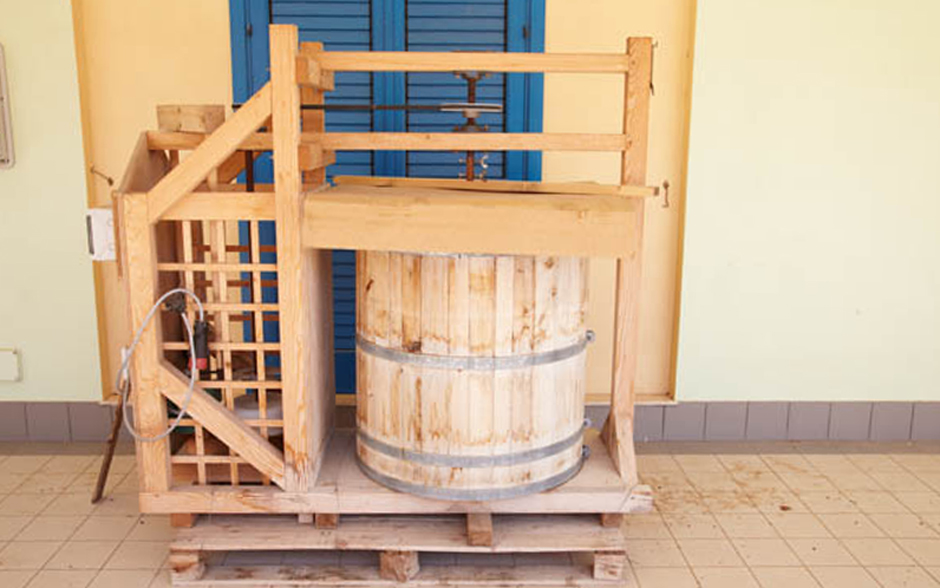 “The vineyard is our bank savings so we must protect it,” says Giusto Occhipinti at COS winery in Sicily.

He founded COS with two friends in the early 1980’s. “I had to go to school again and learn how to make wine. We took over an old cellar from the 1880s. In those days there were many wineries here. The phylloxera came late to Sicily and the demand for wine was huge.”

The vineyard is our bank savings.

COS is located in the southeast of Sicily, 10 kilometers from Vittoria, home to Cerasuolo di Vittoria , so far the only DOCG on the island. Local varieties are grown, mostly the black nero d’avola and frappato and the white grecanico and insolia.

Hot and dry
Giusto has a little less than 30 hectares of vines as well as 18 hectares of olive trees. The soil diversity is important but all over the vineyard the soil is poor and limestone is mostly found 30-60 centimeters down into the ground, under a layer of red clay. But although the soil is poor, he never adds anything to nourish it, not even organic fertilizers. “If you do”, he says, “you change the terroir.”

“Producing wine is an old tradition in this region,” Giusto continues, “we have a suitable, dry climate and here at COS we do not use any chemical products.” The only thing he adds is some water during the hot summers. “I don’t need to add a lot. The limestone is like a sponge and keeps the soil moist for a long time. With these conditions I can make an elegant nero d’avola, not a muscular one, as in other places in Sicily. ”