A Sicilian winemaker with a difference 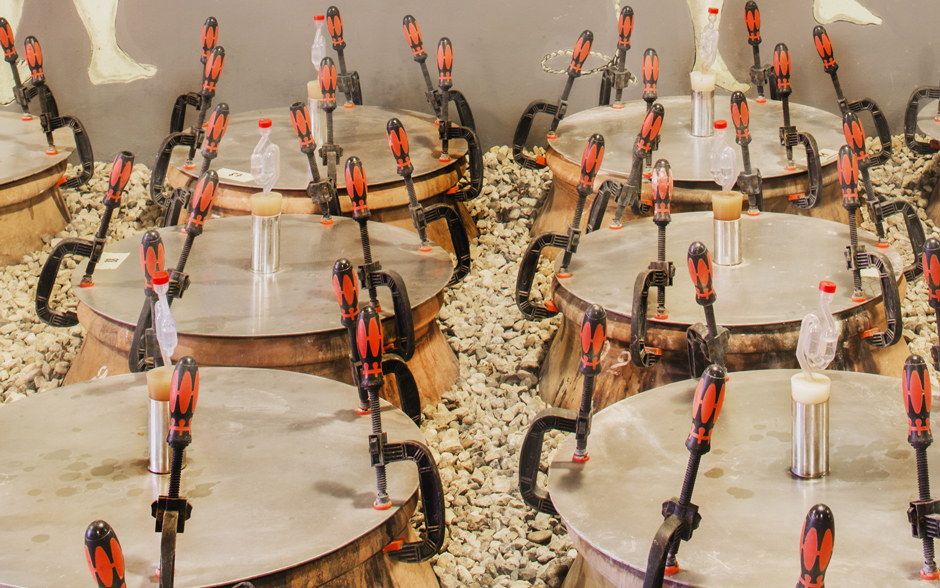 A Sicilian winemaker with a difference

Azienda Agricola COS, founded in 1980, is one of Sicily’s most well known wineries. Few, however are aware that their wines are natural wines which are extremely low in sulphites and are mainly aged in amphoras (see above photo) like in the old days.

I met one of the winemakers of COS, Giusto Occhipinti, at the Vini Birre Ribelli fair organised in Brussels for the first time this weekend, tasting all their wines and discovering what makes them different from other winemakers in Italy and the world.

This was the first stand I visited and what was immediately distinct is that unlike common practice they recommend that you start the tasting with the red wines to be followed by their two white wines, because as they say, the white wines are made in a similar fashion to the red wines and hence have a distinct character.

But before I report on the tasting, a bit about the story of this Sicilian winemaker from Vittoria, a small Sicilian village in the South East of Sicily.